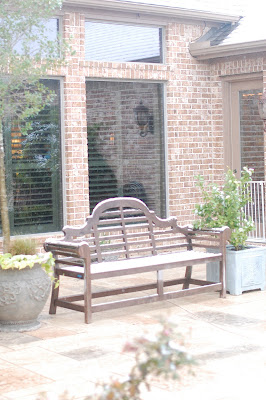 ...is what last Friday felt like. In the deep South, snow is something that is read about in stories, seen in newspaper photos from "up north". We know it exists. We occasionally travel to places where it is a regular occurrence. But rarely do we get an "up close and personal" experience with it - in our own backyard. 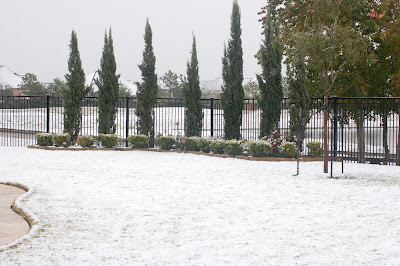 Last Friday, the Houston metroplex received a rare (dare I say "magical"?) treat in the form of this frozen fluff from the sky - the bane of many a northerner. And I would suppose that if we received in it huge quantities for extended periods of time, our fascination with the stuff would wear thin. But we don't so it was worthy of awe and excitement as well as school and office closures (and no, I don't want to hear your stories about "wow, we get several feet all winter long and we don't close tbings!" - you have snow plows - we don't because they'd be used once a decade perhaps.) 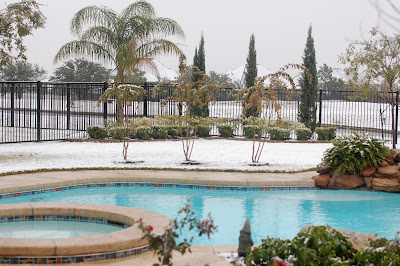 We felt like we'd caught Haley's Comet. After all, snow comes to Houston just about as often.

Which of course calls for much of this: 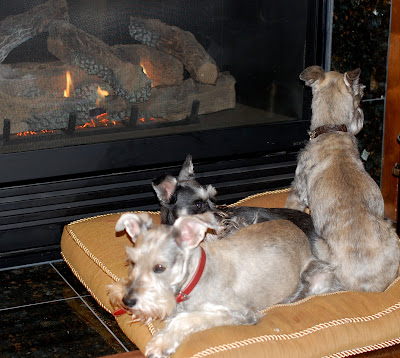 I kept pulling the pillow away from the screen because I thought it was too hot. But they kept pushing it back...but I did draw the line at their request for hot chocolate.
Posted by Cheri (aka "The Mom Lady") at 12/10/2009 06:20:00 PM 4 comments: