...is what you resort to when you keep meaning to blog about something but never get to it. Megan took the photos and posted the following on HER blog today. Cousin's Week is something we've done for many years. The house is full of laughter, screaming, whining, tattling, cuddling, secret telling, whisperings at bedtime...you know, all the wonderful chaos that ensues when you put six children, aged six and younger, under the same roof for any length of time! :)

One of my favorite memories was swimming the first night. Tim and Megan's family and Mirai and I had just returned from Disneyland and our California vacation just the Monday before. We were swimming that first night and it got dark so I turned on the lights to the pool and spa which I've rarely done before as we don't usually swim after dark. I have several pool toys including small water cannons. Megan and I were in the big pool and the kids were entranced by the LED lights that cycle to different colors in the spa. All of the sudden Megan says, "Cheri!! Look at the kids!!!" They were in the spa, using the water cannons to make water designs in the air and singing, "The World of Color" from our recent California Adventure "World of Color" show! I wish we'd had video to capture it!

The scorching temps here in Texas also provided challenges to our usual trips to playgrounds or other outside activities so we became more creative with indoor spaces and pool use. We achieved the goal of multiple fun activities by going to:

-- Build-a-Bear where we "built" everything except a bear! I believe we had two cats and four dogs, multiple outfits and accessories

-- In house "incarceration" upstairs with a babysitter for the six (and a brave Amanda who kept them all in line and managed to keep the house intact as well!) while the mamas went to see "The Help" movie

-- Swimming every single day (except Sunday). And with it being so hot, we "assembly lined" showers for all the kids afterwards outside on the patio. Really made the bathing process very streamlined and convenient!

-- Aqua-toys on the back patio - canals, waterfalls, water pumps, great fun with the different configurations

We ate out a lot and got in a Gymboree shopping spree for the moms as well. It was an exhausting week for the adults but oh, OH, so much fun for everyone!

The remainder of this post is written by Megan who also took all the fantastic photos! 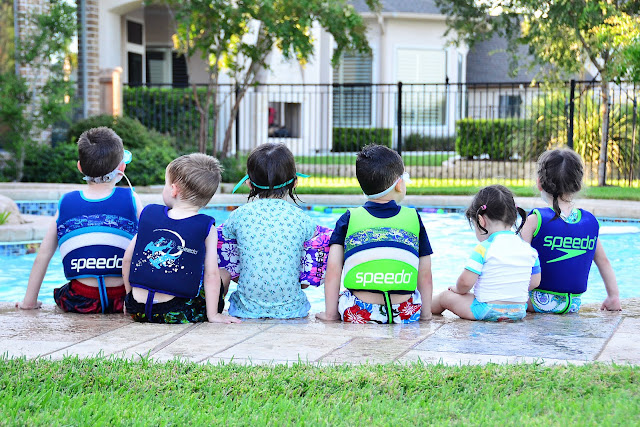 Cousin week in Katy was extra special this year because ALL 6 of the cousins got to be there. We had two 6 year olds, three 4 year olds, one 1 year old, 2 Mommas and 1 Gramma or should I say GrandMomma. :) It was a full, loud, and chaotic house and the kids loved it.

There was alot of this... 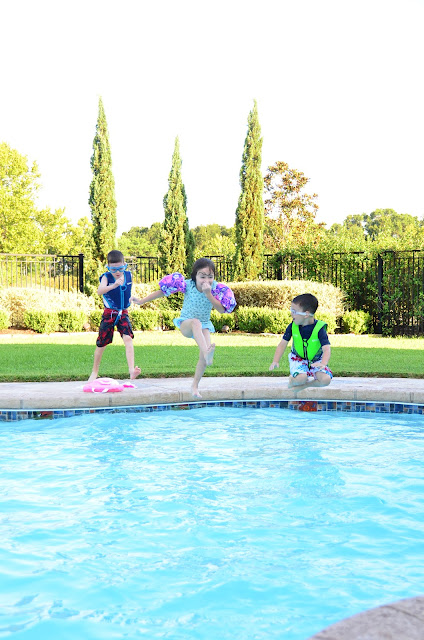 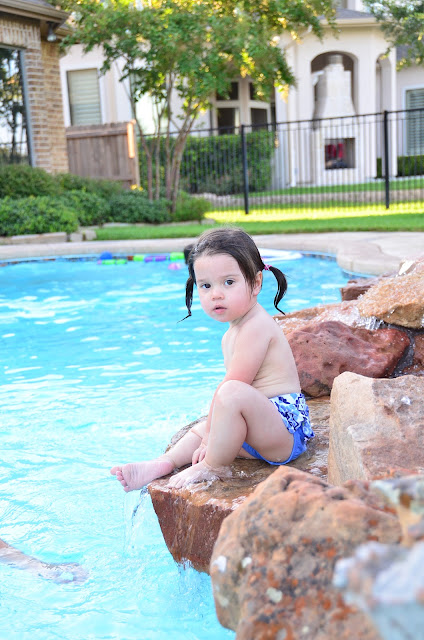 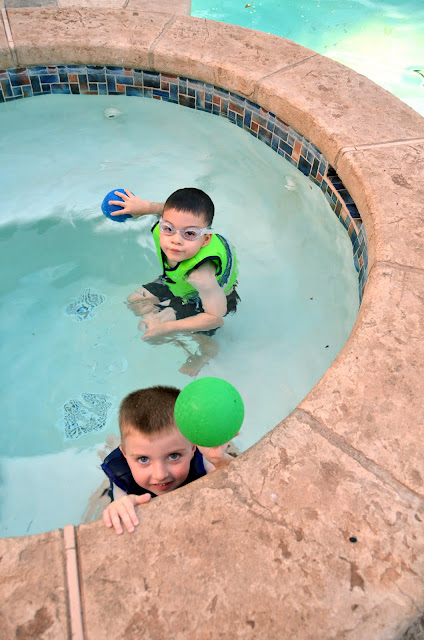 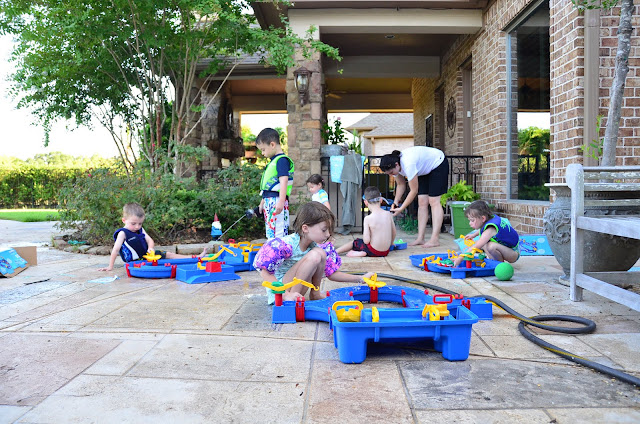 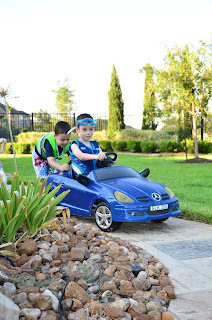 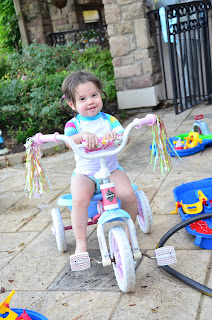 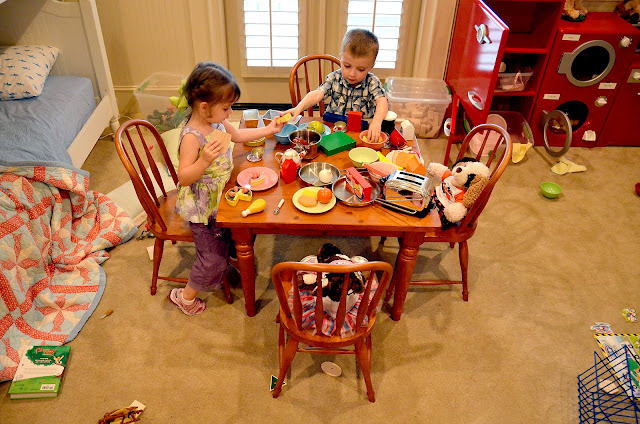 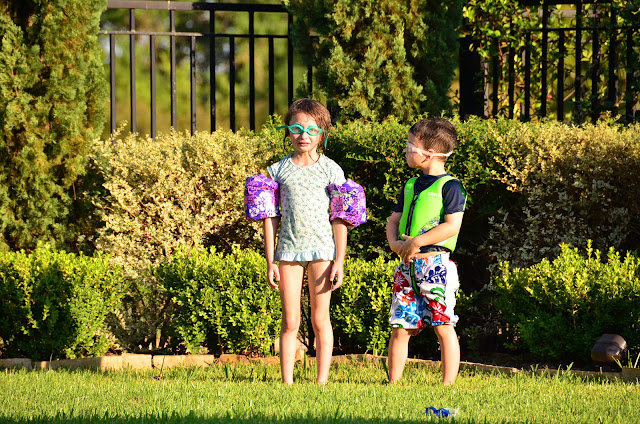 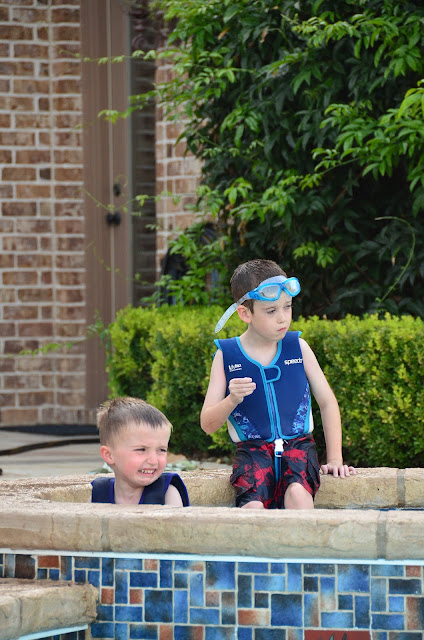 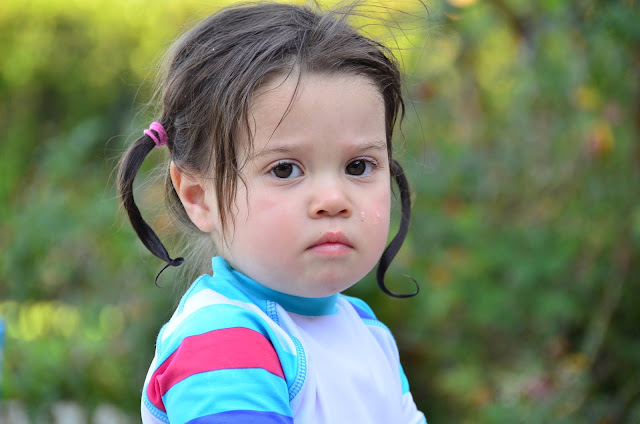 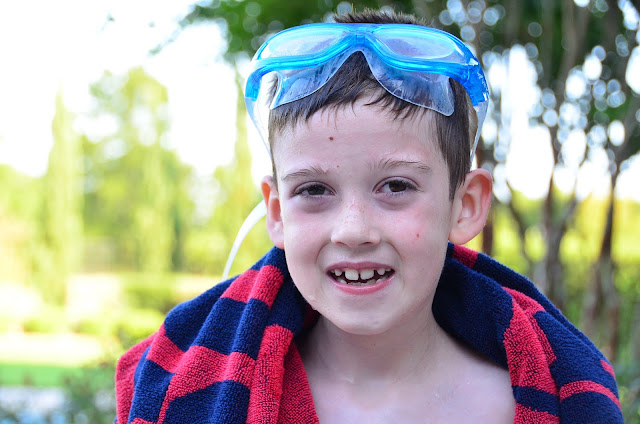 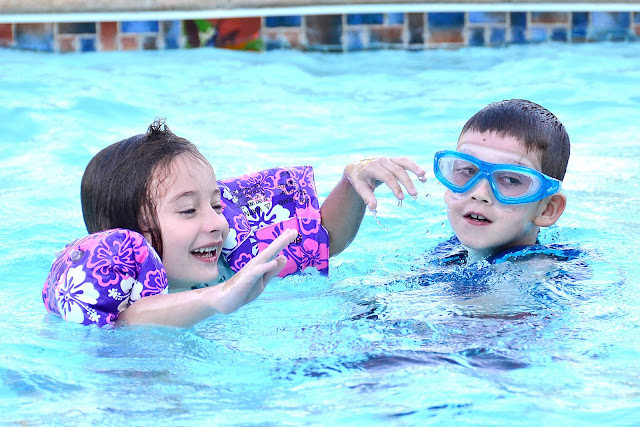 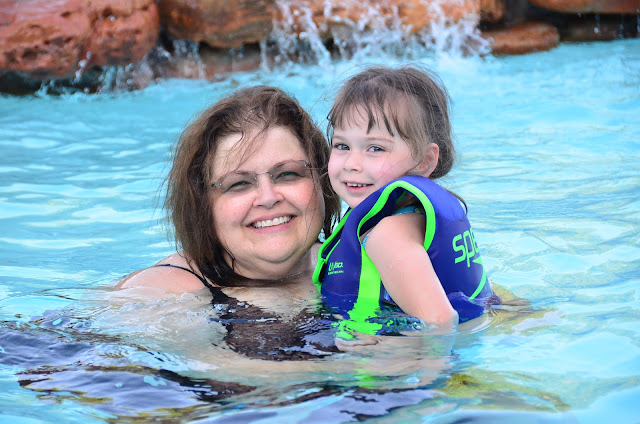 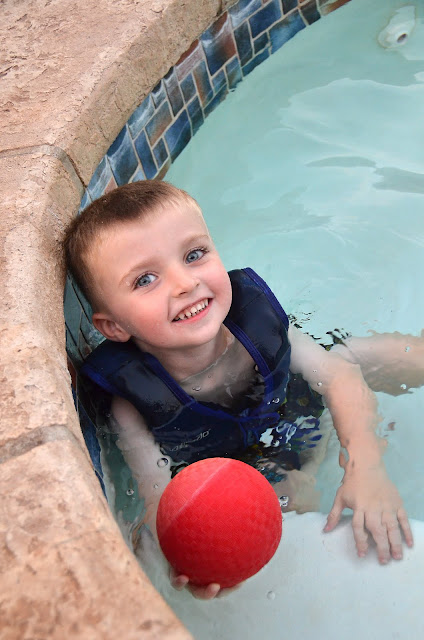 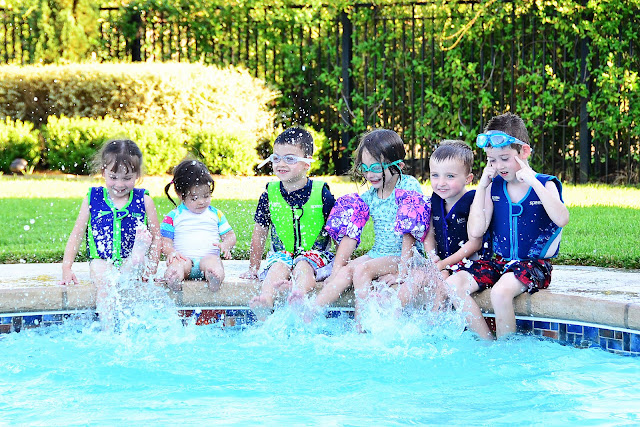