All things Mirai - an update... 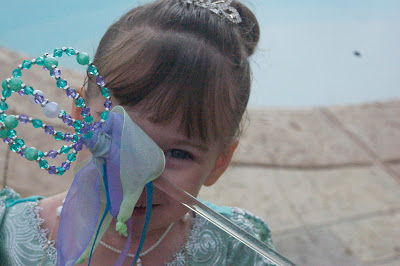 I remember the days when I thought blogging every day was a great idea. Then weekly seemed a suitable pace. Now, if I can blog once a month, I feel like I've really accomplished something and am waiting for a Presidential hopeful who will campaign for annual blog posts - okay, just kidding on the last one, but, at the rate I'm going, annual posting may be the most realistic frequency. It's not that there's not much going on, there is. I just don't seem to have the energy to get it down anymore. Probably need more exercise and could probably make a buck touting a new program "Pilates for Bloggers" or some such nonsense. But like anything else in this world, if it's worth doing, make time for it. And today, seeing as how I'm home sick from church with a sinus infection and a four year old who has had the good sense to sleep in, I might as well wade in. 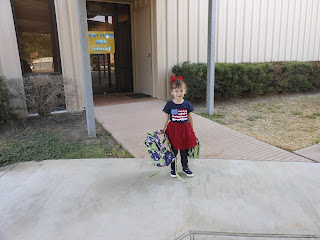 First day of school at Yellow Brick Road Preschool
School has been in full swing for Mirai for two months now. And this is Pre-K, the "go three days a week and no nap" kind of school that readies a child for the 7 hours/day, 5 days/week marathon that is coming next school year. And I think she may well be ready come Fall 2012 - oh that feels weird to type - 2012 - but it's just around the corner! 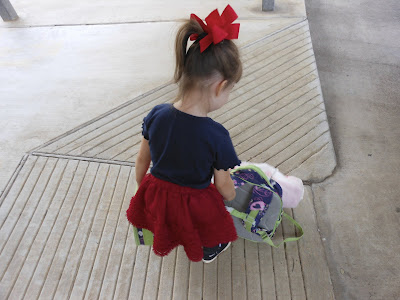 Ah, foiled again! Guess who just got up...to be continued after breakfast...

Okay, girlfriend is fed and watching "Olivia" on Tivo. To continue...

At our congregation, we tied in the annual Kary Rice Harvest Festival with our Good News Series, providing parking and restroom facilities to the public while providing information about the church, a petting zoo, live entertainment, refreshments and lots of fellowship. There was a ton of preparation and Mirai spent several days after school with me in the Office workroom cutting out letters for signs and doing other prep work. She was a trooper! She also made a LOT of new friends with the teenagers who were also there working hard. It was a good experience for everyone but it was especially good for Mirai in my opinion. 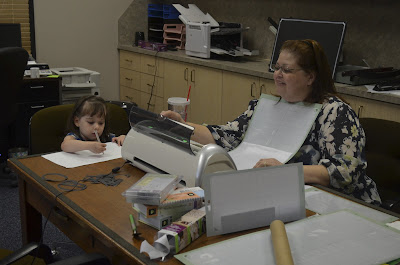 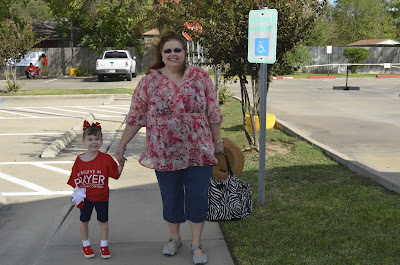 In between the start of school and the Good News Series, we celebrated two cousin's birthdays - Ben's, up in Keller, in mid-September and Kennedy's, in Pflugerville, in early October. Can you believe I didn't take a single photo? (the two below were taken by Megan) Again, falling down on the Gramma job. Both turned seven years old. Ben had a Ninjago (Lego Ninjas) party and Kennedy had a Princess party. 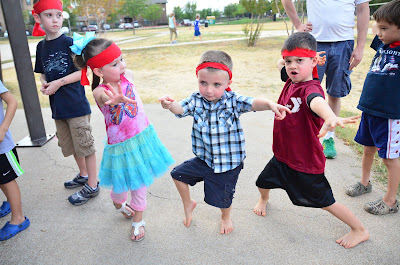 I was looking for a particular DVD yesterday and found the DVD that Megan made for Ben and Kennedy's joint 1st Birthday party back in 2005 (when we still lived in England) and I watched it, tearing up several times. Those chunky monkey babies have no more baby fat whatsoever, both are in First Grade and can READ now - a far cry from those days when we thrilled at their rolling over and eating pureed vegetables. I'm so glad they made so many home videos (put to great music) so I can play "remember when?" and they can continue to pull at my heart strings "on demand". 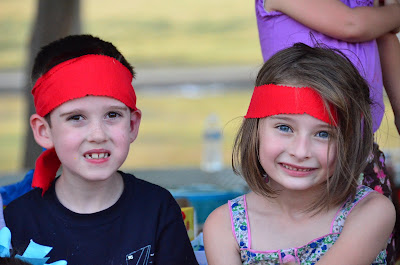 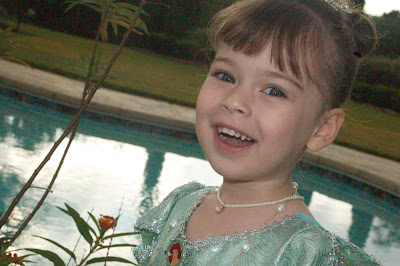 Princess Ariel before her school Debut for the Halloween Party


Last week, Mirai had her Halloween party at school. As she had her Bibbity Bobbity Boutique experience in Disneyland this past summer, she was Princess Ariel. I think she may well get a year or two out of that dress so the price they charge for the BBB doesn't seem so bad if stretched out over a year and several dress-up occasions! She also wore it at Kennedy's Princess party - glad she never tires of it! They take their costuming VERY seriously at Yellow Brick Road School! 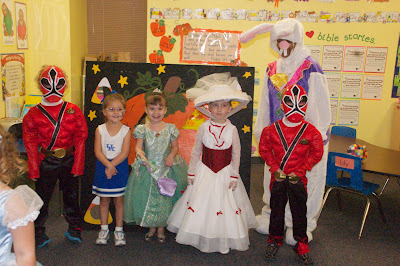 Tomorrow is Halloween and, if I feel better, hope to take her Trick-or-Treating. It will our first as last year we were at Walt Disney World. I haven't taken a child T-or-T in decades - should be interesting! I do know to check her candy when we get home, removing any suspicious items and all the candy bars I like. That's how it works, right?!?

I carved our pumpkin and all I can say is, either knives are better made today or I can afford better knives than I had back when Jen, Tim and Chris were little - and I didn't cut myself! I'll wait and post a photo of it tomorrow but I'm fairly pleased with the outcome. Now, we'll just have to see if anyone can recognize who it is.

Now a few things for my own reference in the future. Mirai has progressed (sniff...) from her Knuffle Bunny and Amanda and Her Alligator series. Rarely will she let us read those anymore. She prefers four or five Bible stories followed by something along the lines of Ree Drummond's "Charlie, the Ranch Dog". She's been looking through her library picking out new material and I know this is a good thing even though I miss her having solitary favorites. Her entourage at bedtime has grown from Big and Little Knuffle and Blue to her Olivia, two small baby dolls, an Eeyore, a Winnie-the-Pooh pillow and a large Snoopy I got at the Build-a-Bear store for ME, not her (yes, we "share" which means I "own" it but she has it almost all the time). Changing the bed reminds me of Peter's vision in the Bible - a large sheet with all kinds of animals on it. Some clean, some not-so-clean. :) Let's just say it takes a bit longer with all her "friends".

Her artwork is usually freehand. Colorbooks with "borders" are passe in her world. She loves to draw freehand and do elaborate colors - very Picasso. It's a contradiction in some ways - she doesn't appear to like being limited to borders but then, creates her own borders and stays inside them. As a teen, this could be good or bad, depending on her chosen borders. There's an allegory in there somewhere I think.

She has begun to take piano lessons. So far, this has consisted mainly of hand and finger exercises, learning the difference between loud (forte) and soft (piano), high notes and low notes. She has Mozart Mouse and Beethoven Bear to help - they are stars of the cute book that helps her understand this since she doesn't read yet. Her musicality called for some sort of enrichment so we decided to try this. She loves singing but I see no value in formal voice lessons until she's much older - just let her sing her heart out, listen to classical music and her beloved Laurie Berkner CDs as well as the Disneyland and Walt Disney World attractions soundtracks. If you want to teach her anything, put it into a song and retention is 98% guaranteed!

Her taste in television entertainment has changed from a steady diet of "Blue's Clues" to "Olivia" and the movie "Totoro". I like Olivia - and am happy she hasn't cottoned onto the likes of Dora or Diego. Those two drive me nutty. Olivia seems more "real" (behavior and personality-wise before you point out this is about a PIG who TALKS!) She saw her first cinema movie this summer when we took her to see the new Winnie-the-Pooh movie. We have it on DVD and I'm struggling to keep it for Christmas as I want to watch it again. Must. show. restraint.