I'm not good with deadlines. I usually MEET them, but the toll to my person and psyche can be murder. And Christmas this year is no exception. As I joked to my friends recently, "I'm having blessing management issues!"

It is T-minus 1 day till our first family of company arrives. Not one single wrapped gift under the tree yet. Not one. T-minus 2 days till second family arrives. Bunk beds aren't made up in the "Boy's Room" nor the trundle for Kennedy in Mirai's room. T-minus 2-1/2 days till youngest son arrives. And his bed is filled with outgrown Mirai clothing I want Jennifer to go through before he arrives. T-minus 3 days till we open gifts. Did I mention none are wrapped yet??

I got over-ambitious with a plan to overhaul Mike's garage while he was away in Angola. We were delayed 2 days by Ikea fibbing about the original cabinet delivery date. Then delayed twice more when parts were either missing or missmarked necessitating runs back to Ikea before progress could be made. Meanwhile, Mike finds out he will need to be in Angola till the 20th but will come home for 5 days in the middle of the month so he can actually BE with the family some leading up to Christmas Day and ends up arriving on Day 2 of installation. Surprise! Even though it wasn't finished, I assure you he WAS pleasantly surprised to find that his garage had been gutted, cabinets were being assembled, walls repainted, peg board installed, new electrical outlets where needed and a special cubby for garbage can storage were either in place or planned for execution within the week. He left for Angola last Friday coming home today to a completely finished, painted, electrified and completely unrecognizable double garage. Tomorrow he and Martin and JR, my "husbands-for-hire" handymen, will start moving things back and putting them in the cabinets and drawers that are empty and begging for occupants. 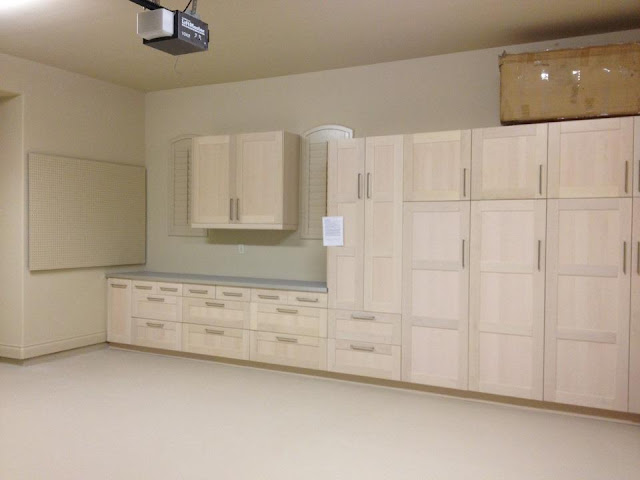 While Operation Christmas Surprise for Mike was underway and he was out of the country, I had two major drawbacks that sidelined me even further. On Sunday, my back of my right knee 'popped' as I slid into the pew at church. Excruciating pain shot down my leg to the foot and up to the thigh. During the final song before the sermon, while everyone was standing, Mirai and I beat as hasty a retreat as my now crippled leg would allow. I was in agony by the time we got home and, in tears, I called Mike in Luanda and poured out my tale of woe. I wanted both sympathy AND a solution! We decided I'd better get it checked out at the ER in case it was a torn ligament or tendon. I called Mom and she came and too me in. Fortunately, it was a sprained knee and 2 xrays, four hours, one knee immobilizer, 2 crutches and a mighty powerful shot of something that left me very floaty and "happy" later, I was home with instructions to see an ortho doc within 2 days and an arsenal of pain relievers and muscle relaxers. Mom decided to move in for the duration of Mike's absence since there was no way I could navigate stairs to Mirai's room. I could be 5 years old again (except my mom brought me peanut butter toast and hot coffee this time!) I'm not sure what I would have done if she hadn't moved in.

No Christmas prep accomplished of course. Other than consumption of sticky toffee pudding to ease my woes.  I was couch or bed-bound. But being on pain medication with Codeine as a main ingredient dulled me to this fact. Sigh.

Monday I got into the doc and it was determined that I probably had a small tear in the meniscus of my knee and physical therapy for about six weeks would be preferable to any surgery. If it got worse within the six weeks, a revisit would be in order to re-evaluate. But by nightfall, I really didn't need the crutches anymore nor the painkillers and I've just had to be careful to not overextend the knee joint and not walk too quickly, easing myself up or down the occasional step.

Tuesday I was wheezing like an old accordian. Called my PA and got in to see her. Bronchitis. Wheeze in the lungs. Steroid taper and antibiotic. I'm officially feeling like the poster child for Overmedicated Moms of America (OMA!) And I didn't get the RX till about 6pm. And if you've even had a steroid taper, you take ALL the tablets for the day up to the time of day you receive the script. Well, it was night so that meant taking all SIX tablets at once. I could have consumed a pot of coffee and the result would have been the same. To say I was "revved up" would be an understatement. By 2:30pm I finally drifted off to sleep to be awakened by Mike's arrival the next morning at 7:30.

Today we got some much needed shopping taken care of. Mirai spent the day with Amanda at Miss Julie's (two of her FAVORITE people I might add!) while Mike and I attempted to get lots done. We did manage to get the piles of unwapped gifts sorted into new pile by name of recipient. So at least I have an organized set of mountains waiting for me to go into a wrapping-frenzy on Thursday.

It will get done. It always seems to.  But I sincerely hope that my vow to be better prepared NEXT year actually comes to fruition. I'm getting to old to cut it this close. But you KNOW why I do it... 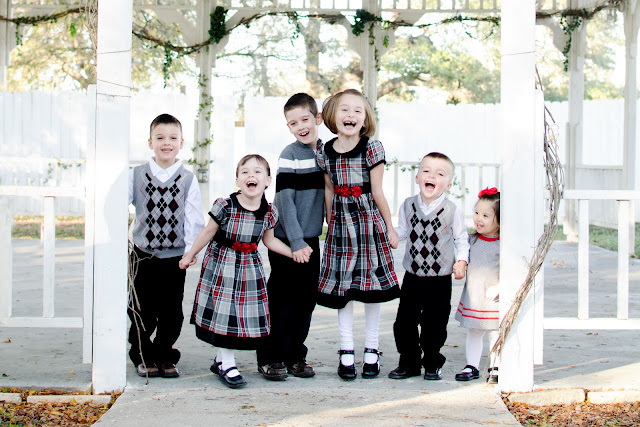 May your shopping be done. May your house be clean enough to be healthy and dirty enough to be happy. May you smile through the wee hours of the a.m. while hastening to finish up the final details. And may you be infinitely better prepared than me!